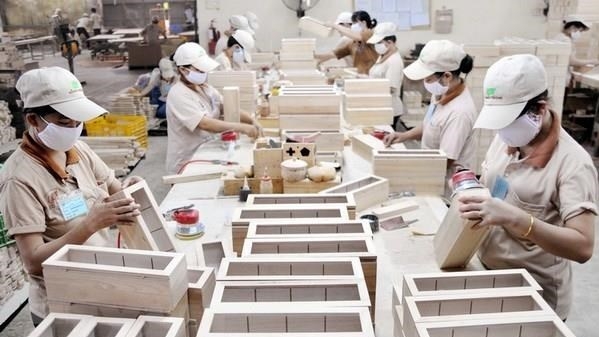 The export value of forestry products in the first five months of 2019 hit US$4.25 billion, up nearly 20% year-on-year, according to the Vietnam Administration of Forestry under the Ministry of Agriculture and Rural Development (MARD).

In May alone, the country raked in US$959 million from forestry product exports, reported the administration.

The US, Japan, the European Union (EU), China and the Republic of Korea remained the largest importers of Vietnamese forestry products, accounting for some 87% of the industry’s total export value.

Meanwhile, its total import turnover of wood and wooden products in the reviewed period reached US$1.01 billion, 16% higher than that of the same period last year.

Hence, Vietnam’s forestry export enjoyed a trade surplus of US$3.24 billion in the first five months of 2019.

To ensure its growth target in the first half of 2019, the agricultural sector aims to increase forestry production value from 6-8%, focusing on increasing the volume of exploited timber to meet the processing needs of the wood industry.

The sector planted 75,200 ha of forest in the first five months, equivalent to the same period last year. The volume of exploited wood is estimated at 7.86 million cu.m, up 5.2% over the same period in 2018.

The Voluntary Partnership Agreement on Forest Law Enforcement, Governance, and Trade (VPA/FLEGT) between Vietnam and the EU officially took effect on June 1, 2019. It shows the commitment of Vietnam and the EU to promoting the implementation of the "Trade and Sustainable Development" programme in the framework of the EU-Vietnam Free Trade Agreement.

Last year, the country raked in some US$9.3 billion from shipping forestry products to foreign nations.