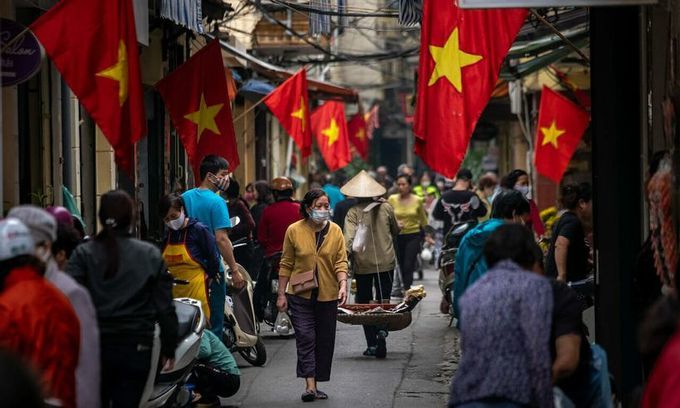 The Business Climate Index of European companies in Vietnam reached its highest level since the Covid-19 outbreak at 63.6 points in the fourth quarter of 2020.

The index increased by 37 points over a historic low of 26.7 points recorded in the first quarter, when Vietnam detected its first Covid-19 patients.

A new report released Wednesday by the European Chamber of Commerce (EuroCham) attributes the growth to Vietnam’s effective handling of the Covid-19 pandemic and the EU-Vietnam Free Trade Agreement (EVFTA) coming into effect last August. 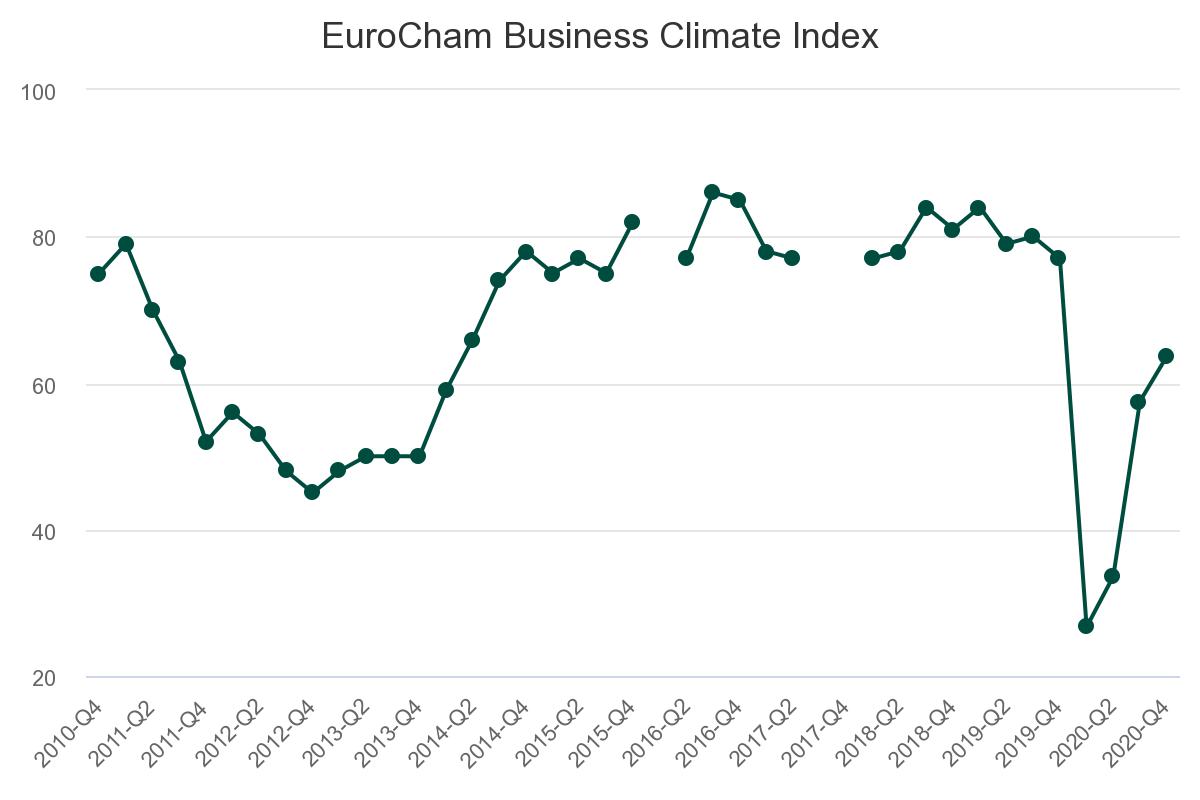 The report, which surveyed 2,036 European business leaders in Vietnam, found the respondents were more positive about their own enterprises’ performance in the fourth quarter, with 48 percent describing it as either "excellent" or "good," higher than the 40 percent recorded in the third quarter.

In terms of economic prospects, 57 percent of respondents expected the economy to stabilize and improve in the first three months of 2021, higher than the 39 percent in the third quarter of 2020, indicating increased optimism.

With the EU-Vietnam Free Trade Agreement (EVFTA) in force, the Eurocham members were asked for their perceptions of the agreement and its impact on their business operation.

While 70 percent said that their business had already benefitted from the EVFTA, 33 percent also identified administrative procedures as the main barrier in utilizing it.

Respondents identified lack of understanding of the agreement, infrastructural shortcomings, cost of wages and geographical location as other limiting factors.

"The growth in confidence among European businesses is testament to the government’s swift and effective handling of Covid-19, and creates a strong foundation for Vietnam’s socio-economic growth over the next five years," said EuroCham chairman Nicolas Audier.

"Meanwhile, our members report a positive impact of the EVFTA since it entered into force six months ago. European business leaders are looking forward to the increased trade and investment that the agreement will bring, while also highlighting some of the issues which need to be addressed to ensure its smooth and successful implementation," he said.