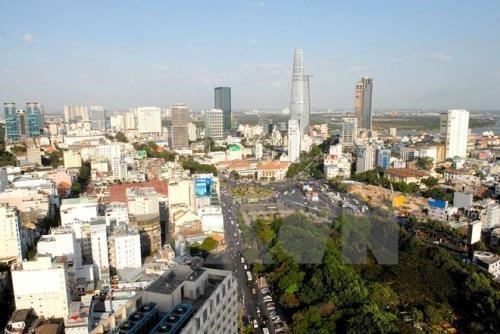 At a recent recent meeting to review industrial and commercial development in the city in 2019 and tasks for 2020, the department's deputy director Nguyen Phuong Dong said many programmes would be undertaken to ensure the city’s four key sectors, food processing, chemical-rubber-plastics, mechanics, and electronics, would grow by at least 7.5 percent.

The city is looking to raise growth of exports (excluding crude oil) to 9.5 percent.

To achieve the target, the department would work more closely with business groups and relevant agencies to make cooperation plans for 2020 and advise authorities on how to support key industrial products that drive growth, Dong said.

It would focus on space for business and production activities, access to funds, science and technology, workforce training, trade promotion, and brand building, he said.

For the development of wholesale and retail markets, it would push on with the supply-demand connection programmes between the city and other localities, and conditions would be improved for local enterprises to expand their production and distribution activities, he said.

The programme to ensure stable prices and supply-demand balance will also continue, while businesses would be encouraged to improve product quality, he added.

The city's total revenue of retail trade and services exceeded 1.17 quadrillion VND (50.73 billion USD) in 2019, up 12 percent year-on-year. Of which, total retail sales of good were estimated to hit 763 trillion VND, a yearly hike of 13.3 percent or 65 percent of the total revenue.

Director of the department Phạm Thành Kien attributed the growth in the city's retail sale of goods to a stable macroeconomic environment, improved trade infrastructure, optimism of consumers and increasing living standards.

The major economic hub also saw positive trade turnover in 2019 as it earned an estimated 41.9 billion USD from exports, up 10 percent over the previous year, while imports were estimated at 50.2 billion USD, a year-on-year rise of 7 percent.

The city's modest import growth was attributable to increasing efforts of local businesses to use domestic raw materials to enhance the value of their products, according to the municipal People's Committee.

During the year, local authorities have also supported firms in participating in goods distribution channels in Australia and Thailand, it said. /.