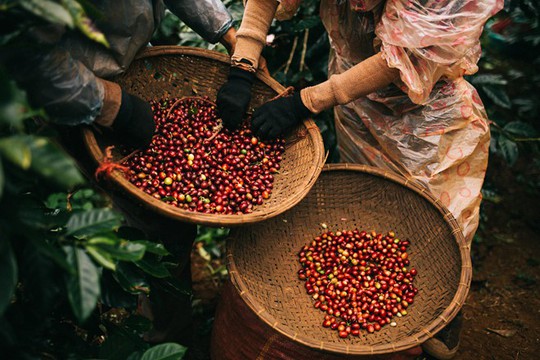 The EU has always been the most important partner of Việt Nam as the latter has always been an attractive investment destination for European firms, according to Phạm Tấn Công, Chairman of the Vietnam Chamber of Commerce and Industry, at the Việt Nam-EU Agribusiness Forum on July 11.

Công said the EU-Vietnam Free Trade Agreement (EVFTA) has improved bilateral trade and kept Việt Nam afloat at a growth rate of 2.58 per cent during the pandemic. In 2021, Vietnamese exports to the EU hit US$40.6 billion and imports hit $16.89 billion, up over 14 per cent year-on-year.

The EU remains Việt Nam’s third-largest agricultural importer with an annual turnover of $5.5 billion. However, the figures account for just 4 per cent of the EU’s total agricultural imports, indicating that room for trade growth is still ample for Vietnamese producers.

Phùng Đức Tiến, Deputy Minister of Agriculture and Rural Development, remarked that EU and Vietnamese agricultural exports never compete but support each other.

Việt Nam exports coffee, nuts, pepper, seafood and wood products to the EU whereas trade includes agricultural equipment, machines and animal feed in the other direction.

The deputy minister underscored the EU as a key partner and a large importer of Vietnamese farm produce. Bilateral commercial figures have been increasing steadily since the EVFTA came into effect.

He said his ministry is ready to closely cooperate with the EU in trade facilitation, to ensure technical requirements be applied in line with global norms and no trade barriers be established without adequate evidence.

Janusz Wojciechowski, EU High Commissioner for Agriculture, asserted that Việt Nam has become an important partner of the EU in Southeast Asia since the EVFTA took effect in 2020.

Thanks to the agreement, EU customers have had a chance to get a taste of Vietnamese tea and coffee and get their hands on various other products including nuts, spices and fruit.

Some of these products were granted Protected geographical indication such as Lục Ngạn seedless lychees and Bảo Lâm seedless persimmons. Others products benefited greatly from the preferential tariffs under EVFTA, entering the EU market duty-free.

However, the commissioner remarked that bilateral trade has been skewed in favour of Việt Nam by around 1 billion euros. He opined that both sides should create a more balanced trade pattern in the short term to maintain sound commercial relations.

He also expressed his wish to discuss with Vietnamese authorities on the abolishment of some existing trade barriers related to phytosanitary standards to further boost bilateral trade. Việt Nam's mounting excise tax on alcoholic beverages is also a matter of concern for EU exporters.

He revealed that the EU will support Vietnamese cacao through a project of around 1.6 million euros in the coming years. The project is part of a series of EU projects designed to help Việt Nam develop sustainable agriculture and deal with environmental problems.  — VNS