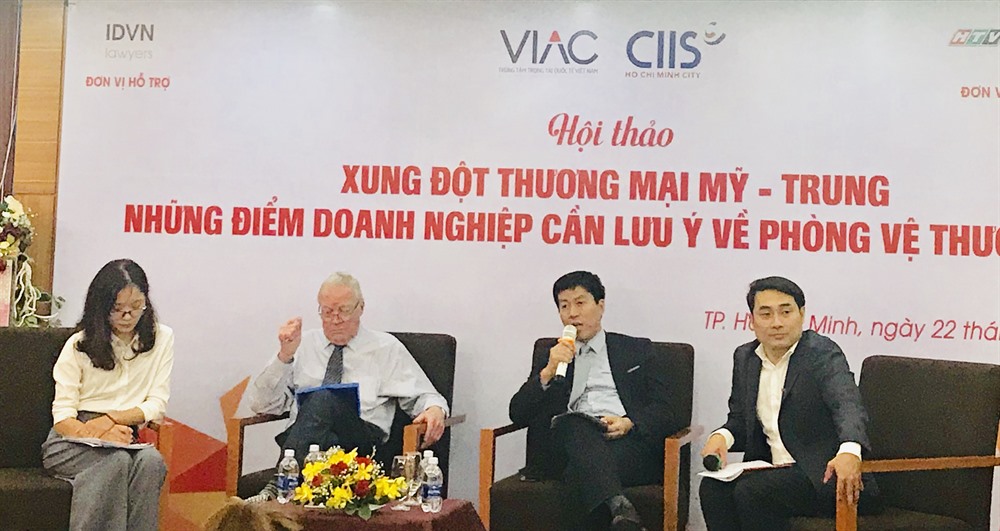 Speaking at a meeting last Friday, Chu Thắng Trung, deputy head of the Trade Remedies Authority of Việt Nam, said: “The trade war between the two largest economies has affected the flow of goods with the US increasing its trade safeguard investigations of major exporters, including Việt Nam.

“The trade war has caused the two countries to increase exports to third countries, creating pressure on other markets, including Việt Nam, and exacerbating the trend of trade protection and defence globally.”

If they do not make peace soon, the risk of Vietnamese exporters being investigated by the US and facing trade defence measures is very high.

Vietnamese companies are forced to compete increasingly with foreign rivals but most have yet to understand the possible risks involved in the transformation process.

Experts said in the short term Việt Nam’s exports would not be impacted much because its goods subject to tariffs by both the US and China are limited, but in the long run it would be difficult to predict the impacts if the dispute continues to escalate and more tariffs are imposed.

Trung said the Trade Remedies Authority of Việt Nam was upgrading an early warning system which aims to help businesses predict which products could be exposed to trade lawsuits and monitor goods imported into Việt Nam which could damage domestic products.

Nguyễn Thị Phương Thảo, a lawyer at IDVN Law Office, said without strict regulations on the origin of imports and exports, China could send its products to Việt Nam to complete the final phases of production such as assembly, packaging and labelling.

This would help those goods avoid high tariffs but be a good reason for the US to investigate Vietnamese goods and apply trade defence measures, she said.

“The worry is that if the US concludes there is a transfer of goods from China into Việt Nam, all similar products from Việt Nam will be subject to the same tax rate as China.”

This is a new issue and is not covered by the WTO, meaning the US would unilaterally apply its laws, which would be detrimental to exporters, according to Thảo.

Vietnamese businesses should stay updated on trade remedial measures in importing markets, closely co-operate with government agencies and business groups and enhance their relationships with foreign partners, she suggested.