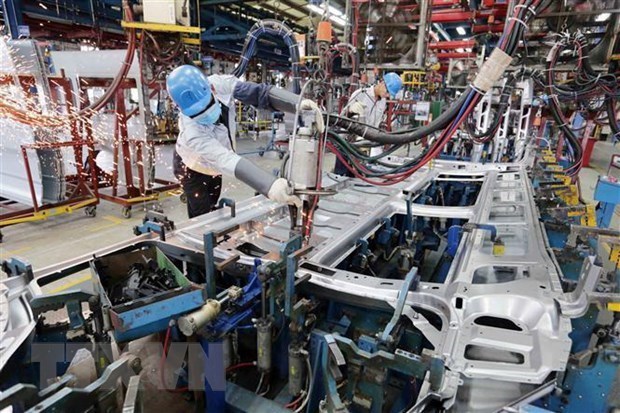 Hanoi (VNA) – Vietnam is likely to be the second best performer of economic recovery in Asia-Pacific, said a report recently released by S&P Global Ratings which revised up GDP growths of regional countries this year in the light of reviving trade and consumption.

The US-based credit rating agency forecast Vietnam’s GDP to pick up 1.9 percent in 2020 and 11.2 percent next year. China was predicted to see the highest growth, which was raised to 2.1 percent compared to 1.2 percent previously. Its 2021 forecast, meanwhile, was cut to 6.9 percent from 7.4 percent.

The S&P Global Ratings expected the Philippine economy to nosedive 9.5 percent this year, the largest fall in the region, before bouncing back with a 9.6 percent growth the following year. India was predicted to be the second worst performer with a 9-percent contraction in 2020.

In sum, the regional economy was expected to shrink by 2 percent this year while next year’s rebound would be 6.9 percent.

According to the rating agency, employment is a decisive factor to regional recovery pace. In most cases, the employment rate will return to the pre-pandemic level in 2022 at the earliest, it said. It also noted that Asia-Pacific’s economic growth would be stimulated by trade and production, but a full recovery would also require improvement in the service sector./.