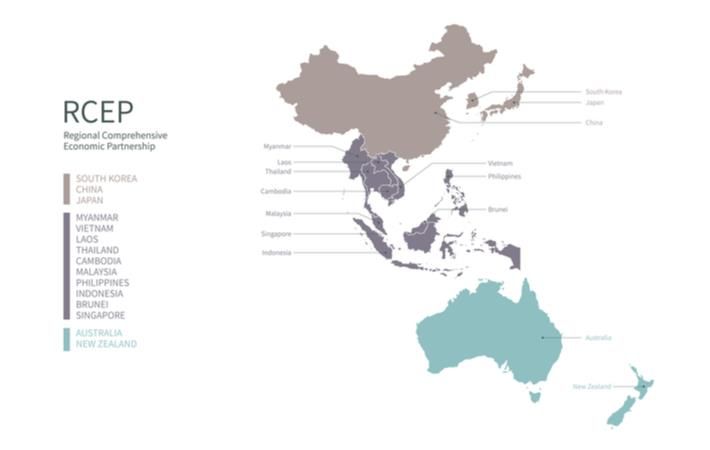 The provisions related to market access and disciplines in trade, services and e-commerce in the Regional Comprehensive Economic Partnership (RCEP) agreement, signed on November 15 by 15 countries, are highly relevant for regional value chains and market-seeking investment, according to the United Nations Conference on Trade and Development (UNCTAD).

RCEP is already an important foreign direct investment (FDI) destination. It accounts for 16 percent of global FDI stock and more than 24 percent of flows. While global FDI has been stagnant for the last decade, the RCEP group has shown a consistent upward trend until last year, UNCTAD said in a press release.

The pandemic will lead to a drop in FDI in the region of about 15 percent. However, this compares favorably to a fall of 30-40 percent in global FDI, and the region looks set to lead the FDI recovery, UNCTAD said.

A key challenge for RCEP will be to follow through on economic integration efforts at a time of global and intra-regional geopolitical and trade tensions. The global economic recession caused by the pandemic will also limit the potential of RCEP to expand trade, investment global value chains in the short term, UNCTAD noted.

A key opportunity lies in the diversity within RCEP, which can lift investment prospects through complementary locational advantages and catch-up development potential. Among the members, FDI stock relative to the size of the economy ranges from less than 5 percent to a multiple of GDP, the UN body said.

Intra-regional investment, at about 30 percent of total FDI in RCEP, has significant room for further growth. It is relatively low compared to other major economic partnerships. The ASEAN group, at the heart of RCEP, will play an important role. Already about 40 percent of investment in ASEAN comes from RCEP members, UNCTAD said.

Likely investment policy priorities for the partnership will include boosting investment in sustainable post-pandemic recovery, supporting resilience-seeking FDI and promoting investment for development.

The first one requires investment in infrastructure, clean energy and healthcare, all of which rely on increasing international project finance.

The need for multinational corporations (MNCs) to diversify supply sources and strengthen regional value chains should translate not only in shifting FDI patterns within the region but also in renewed overall growth of international investment in the industry. Greenfield investment in trade-exposed manufacturing in the region has decreased by more than 40 percent over the last decade, UNCTAD observed.

The least developed country (LDC) signatories Cambodia, Myanmar and Lao People’s Democratic Republic respectively receive more than 70 percent, 80 percent and 90 percent of their FDI from other RCEP members. Economic cooperation under the partnership could further boost both project finance in infrastructure and industrial investment to increase their global value chain participation, UNCTAD added.