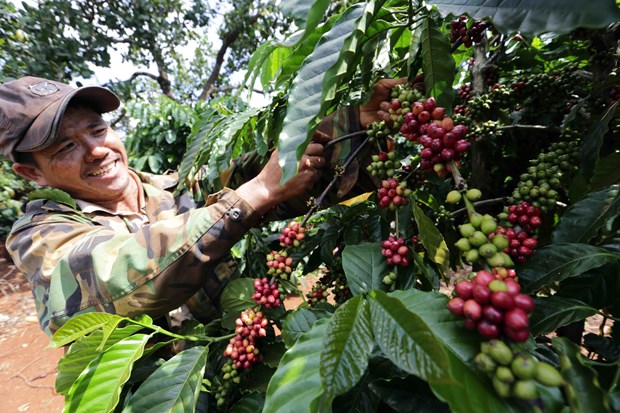 Hanoi (VNA) - Vietnam still managed to maintain export growth in the first 10 months of this year despite COVID-19, and exports for the year as a whole are expected to rise 3-4 percent against 2019, according to the Ministry of Industry and Trade (MoIT).

Export revenue stood at 26.7 billion USD in October, down 1.7 percent compared to September but up 9.9 percent year-on-year.

The 10-month figure stood at 229.27 billion USD, an increase of 4.7 percent year-on-year. Exports by domestic companies grew 0.7 percent and accounted for nearly 28.7 percent of total value, while those by foreign-invested enterprises, including crude oil, rose 6.5 percent and made up 71.3 percent of the total, ministry figures show.

Deputy Director of its Export-Import Department Tran Thanh Hai said 31 commodities earned over 1 billion USD each from exports during the first 10 months, five of which brought home more than 10 billion USD each.

Trade analysts said local exporters have continued making use of traditional markets and sought new destinations by capitalising on free trade agreements (FTAs) that have taken effect or are being negotiated.

This import growth indicates production recovery, as businesses have been buying materials for production and export in anticipation of a demand surge during the year-end holiday season.

Vietnam posted a record trade surplus of 18.72 billion USD in the first 10 months.

Analysts believe that the export growth and the trade surplus are the result of the major efforts undertaken amid falling exports and slowing growth in many regional countries.

Deputy Minister Cao Quoc Hung said industrial production, export, and domestic trade in 2020 may show better performance than estimates made in July, adding that MoIT has forecast that exports will climb 3-4 percent compared to 2019.

However, to further boost exports in the two remaining months of the year, the ministry will overhaul and introduce policies in a more concerted and effective manner to promote trade and expand markets.

Apart from the stronger application of e-commerce and digital platforms to maintain relations with importers and foster shipments, it will also order subordinate agencies to push ahead with improving the business climate and national competitiveness, and creating the conditions necessary for enterprises to prepare for optimising new-generation FTAs, Hung said./.