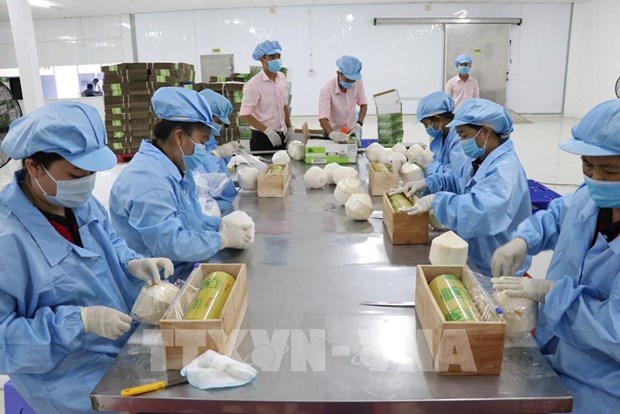 At the function that reviewed the conduction of the EVFTA’s rules of origin, Khanh named aquatic goods as the most-benefited product since the beginning. In August and September, the export of fishery products to the EU and UK reeled in about 263 million USD, up 17.1 percent against the same period last year.

As heard at the event, authorised organisations have so far issued close to 15,000 certificates of origin (EUR.1 movement certificate) for exported products worth nearly 700 million USD. Most of these goods, including footwear, fishery, plastic, coffee, and garment-textile products, have been shipped to EU’s countries like Belgium, Germany, the Netherlands, and French.

Khanh said the export growth means Vietnam has made a good use of tariff incentives to expand export markets.

However, despite preferential tariff, the penetration of the EU market still face difficulties and Vietnamese enterprises need to meet a series of non-tariff barriers from the bloc, including rules of origin.

According to Nguyen Cam Trang, deputy head of the Ministry of Industry and Trade’s Import-Export Department, in addition to the assessment of the conduction of the EVFTA’s rules of origin, related agencies and localities have also worked to spread information on policies targeting exports to the EU, and promptly clear questions on the rules from associations and exporters./.