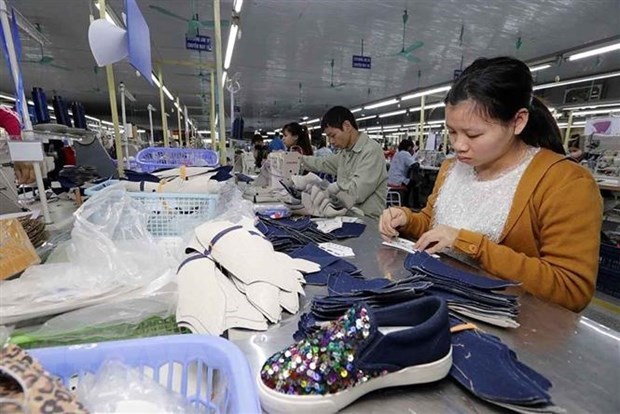 Hanoi (VNA) - Domestic trade is expected to contribute about 13.5 percent of GDP by 2025, according to the Ministry of Industry and Trade (MoIT)'s target to effectively realise the 2021-2025 socio-economic development plan.

The ministry also estimates that the total retail of goods and services will grow 9-9.5 percent annually during the period.

It will effectively conduct State management over markets via appropriate tools and mechanisms and eradicate smuggled, fake, and banned goods and those that violate intellectual property in 90 percent of business establishments in cities and provinces by 2025.

At a meeting reviewing the 2016-2020 socio-economic developmentplan, the MoIT said the domestic market played an important role in goods consumption, contributing to poverty reduction and ensuring social welfare, evidenced by a growth of nearly 9.2 percent in retail and services revenue in the last five years.

Figures show that Vietnamese goods account for 90-96 percent of those available in the domestic retail network and have won popularity among consumers nationwide./.