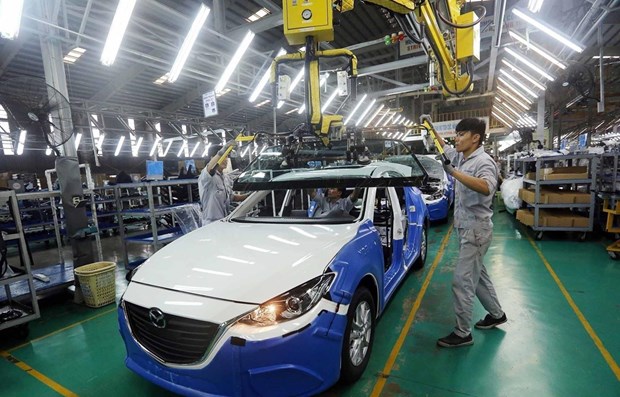 Hanoi (VNA) – Vietnam has proved that it is an attractive and safe destination for investors, as reflected through positive signs in foreign direct investment (FDI) in the country in the first five months of this year, according to an official from the Ministry of Planning and Investment (MPI).

During the period, newly-registered FDI capital was up 15 percent while additional capital increased 32 percent despite the impact of the COVID-19 pandemic worldwide, Do Nhat Hoang, head of the MPI’s Foreign Investment Agency told the Vietnam News Agency (VNA).

He attributed the increases to efforts made by businesses, drastic actions taken by  the government to improve the domestic investment environment as well as the timely support of the government, ministries, agencies and localities to enterprises over the past time.

Hoang also highlighted Vietnam’s success in containing the COVID-19 pandemic, which, he said, has contributed to affirming Vietnam’s attractiveness and safety in investment.

The official expressed his hope that after Vietnam resumes international air routes, more investors will come to Vietnam and the FDI flows will bounce back later this year, thus creating momentum for the years to come.

Regarding the movement of investment flows of global groups, Hoang said the restructuring of investment has opened up opportunities for many countries, including Vietnam.

However, he added, where the investment flows are redirected to depends on the absorbing capacity of each country and locality.

According to Hoang, Vietnam has been regarded as a bright spot in the ASEAN region by investors thanks to its advantages of political stability, rapid and sustainable economic growth for many years, abundant workforce, big market, increasing per capita income, intensive and extensive international integration, and competitive incentives, plus its geographical location in the centre of Southeast Asia.

In order to attract investment, Vietnam has made continuous efforts to improve its investment environment, he said, citing the National Assembly’s ratification of relevant laws during its latest session, which are expected to create positive impact on the national economy.

Asked about the effects of the EU-Vietnam Free Trade Agreement (EVFTA) and the EU-Vietnam Investment Protection Agreement (EVIPA) that were ratified at the recent NA session, Hoang said the deals are expected to open up a new period as European investors  in Vietnam will benefit from protection mechanisms and exports to the EU will enjoy special tax incentives.

It is now a good time for businesses from the two sides to enhance their cooperation and investment, he stressed.

Hoang expressed his belief that with the protection mechanisms and special incentives in accordance with the two deals, along with Vietnam’s efforts to improve the domestic investment environment, investors from the EU will pay more attention to Vietnam and materialise benefits to be generated by the two deals./.