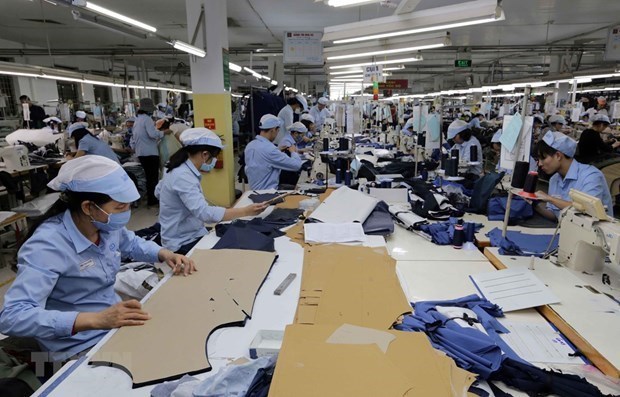 Workers at a garment-textile firm in HCM City (Photo: VNA)

Speaking at a press conference on June 4, Tan reported that 47,533 workers of 2,862 enterprises in the city are being laid off as a result of the pandemic. Local authorities have provided assistance for 20,000 employees, he said.

Earlier, Chairman of the municipal People’s Committee Nguyen Thanh Phong had requested more efforts to perform the dual task of recovering the economy while fighting COVID-19.

He said short-term measures will help businesses survive in the market in the first stage. Later, the city’s economy and market will be restructured to serve post-pandemic development.

About long-term policy, the city will optimise public investment by fiscal measures, ensure social welfare for all citizens and help workers keep their jobs, he added.

According to the municipal Department of Planning and Investment, the total retail of goods and services in the city surpassed 506 trillion VND in the first five months of this year, down 4.9 percent year-on-year.

However, its exports rose by 6.3 percent yearly to about 17 billion USD, mostly thanks to increases in earnings from computers, electronics and spare parts, vegetables and fruits.

The output of agro-forestry-fisheries topped 5 trillion VND during the five months, up 2.2 percent year-on-year.

Among four key industries, electronics grew by 11.83 percent while chemicals, rubber and plastics expanded by 8.37 percent./.