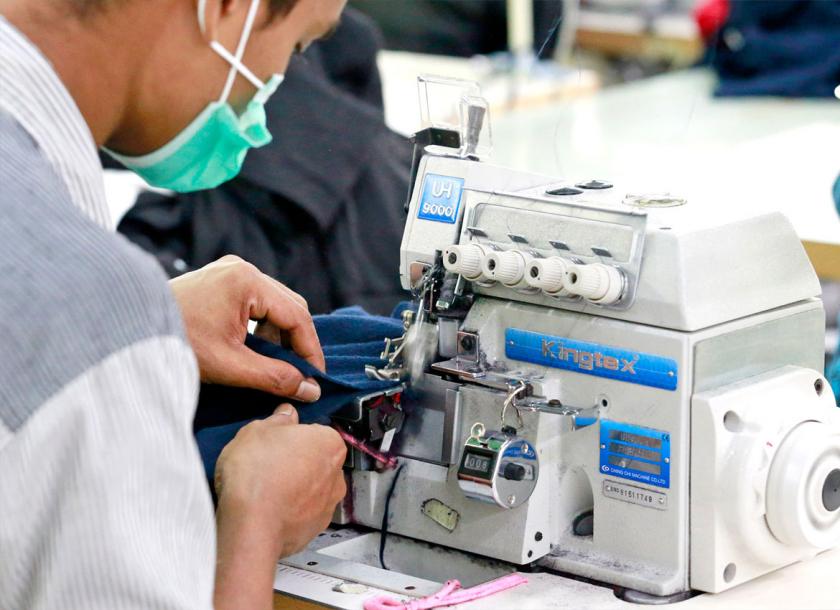 An industry body says Myanmar’s garment sector is on track to meet a target of US$10 billion in exports set under a 10-year plan.

“Export volumes for the 2018-19 fiscal year up to August hit US$4.37 billion, compared with US$3.2 billion in the same period a year ago. This is an increase of US$1.17 billion in exports,” said Ministry of Commerce Deputy Secretary U Khing Maung Lwin.

Garment exports have been rising yearly in Myanmar, especially since 2013, when the European Union granted goods from Myanmar preferential access to the EU market under the Everything But Arms tariff scheme.

“The industry in Myanmar is being boosted by factors such as Thai cut-make-pack companies setting up shop in Myawaddy, Kayin State, near the Myanmar-Thai border to gain benefits from the EU’s preferential treatment for Myanmar,” U Khing Maung Lwin said.

“As the number of factories increased last year, export volumes also increased as well. We also saw more investments in the sector this year, so export volumes are projected to continue rising for next year. Based, on such factors the goal of hitting US$10 billion in exports should be achievable said,” said Myanmar Garment Manufacturers Association Chair U Myint Soe.

“In the near term, more Chinese businesses are also relocating here as the US-China trade war is intensifying. Some 80 percent of the new investments in the cut-make-pack businesses in Myanmar are from China,” U Myint Soe said, adding that garment factories from China, Hong Kong and Taiwan have entered Myanmar.

As a consequence of the US-China trade war, US demand for garments made in countries other than China has also risen.

While the EU and Japan have been major markets for garments exported from Myanmar, the US is now growing also, said U Myint Soe

“Now job opportunities are growing and are projected increase in 2020 so there is possibility of labour shortages,” he commented.

The rapid development in the sector and its potential are why it is a priority under the National Export Strategy, said U Khing Maung Lwin

As the sector develops, garment businesses will need to ensure even more accountability and responsibility than before, which is why the association is conducting training courses covering everything from legal to human resource matters, said U Myint Soe.

“The courses will help reduce labour issues and encourage garment factories to be accountable so that the industry will be successful. When the garment sector thrives, the country’s image will improve,” he said.

However, despite the potential, the sector also faces challenges.

While Myanmar exports garments to Japan, South Korea, Canada, the US, China and other countries, the EU remains one of its largest markets, accounting for up 50 pc of garment exports.

Due to the ongoing conflict and humanitarian crisis in Rakhine State, the EU has said it is reviewing the preferential treatment given to Myanmar. Should the status be withdrawn, the garment industry would be greatly affected, experts project.