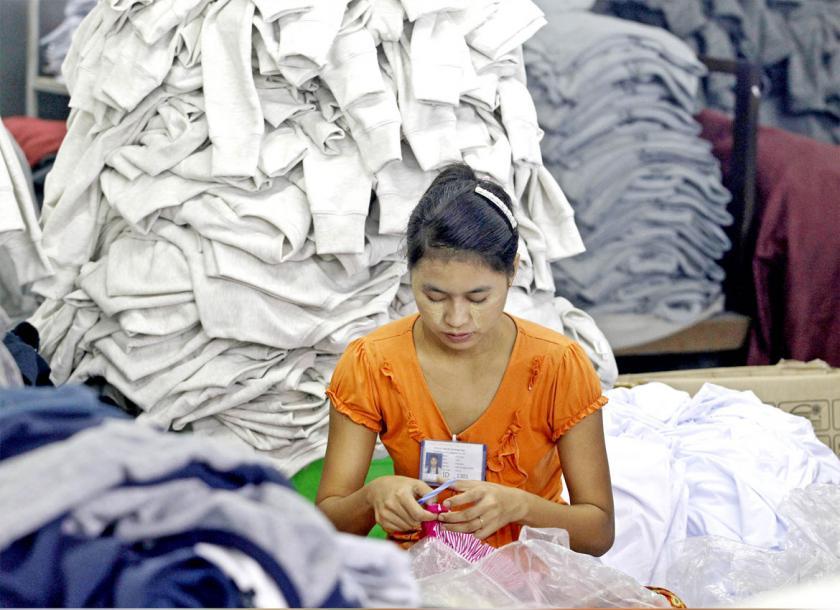 Myanmar is on track to meet its target of drawing US$10 billion worth of textile exports by 2024, an official from the Myanmar Garment Entrepreneurs Association (MGEA) told state media.

The target was set as part of Myanmar’s ten-year export strategy in 2014.  During fiscal 2018-19, the textile manufacturing sector generated US$4.6 billion in export revenue, making up nearly 10 percent of the country’s export revenues, according to the Ministry of Commerce.

This fiscal year, officials are expecting textile export revenues to reach US$5 billion.

Myanmar exports its garments and textiles mainly to Europe, Japan and South Korea. Currently, the industry’s earnings average US$300 million per year.

If manufacturers make a shift from the Cut, Make, Pack (CMP) production system to a free on board (FOB) system, annual earnings could swell ten-fold should demand remain at the current level, the MOC said.

Under a CMP system, all raw materials, such as fabric and buttons are imported by the local factories, which then assemble the garments for export.

Under an FOB system, the exporter quotes the a price that includes all costs, including delivery of goods aboard an overseas vessel. The local factory is responsible for the whole production process.

Under the export plan, employment in the industry is also expected to hit a million workers by 2024. The MGMA estimates that around 600 factories in the country now offer job opportunities to approximately 500,000 workers.

The boom in Myanmar’s clothing and textile industry comes at a time when wages in other regional production hubs such as Vietnam and Cambodia have risen, driving manufacturers to cheaper nations.

At K4800 a day, the minimum wage in Myanmar is among the lowest in Southeast Asia.