Bangladesh’s success story: How far have we come?

Source from:DhakaTribune
Bangladesh’s success story: How far have we come? 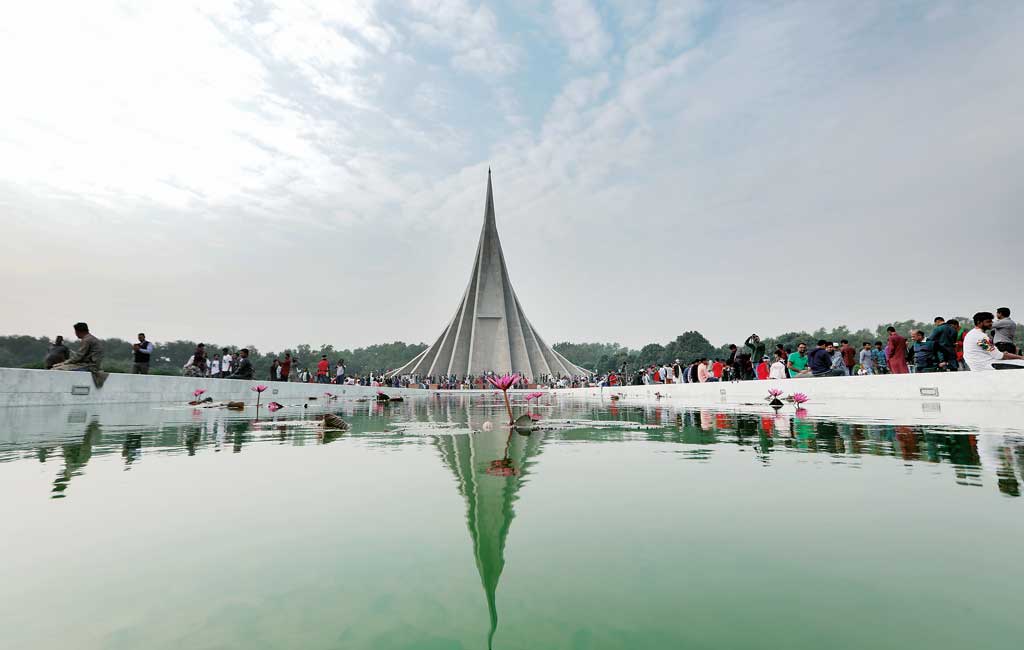 Famously derided as a “bottomless basket” by Nixon’s secretary of state Henry Kissinger, Bangladesh was not in a very good economic state right after independence and was heavily dependent on aid. But 48 years on, Bangladesh has consistently outperformed her South Asian neighbours and is now on her way to becoming a middle income country by 2021.

The WB report also forecast that Bangladesh’s economy would grow at a faster pace than India, Nepal, Sri Lanka, Pakistan, the Maldives and Afghanistan.

This was not how the Wall Street Journal (WSJ) thought the future was going to look like in 1971.

They said: “Nearly all problems of the unhappy Asian subcontinent are found, in microcosm, in what will presumably be the new Bengal nation, or Bangla Desh. They include overpopulation, economic backwardness, and racial and religious based hatreds, to name a few.”

In just a short 48 years, Bangladesh today boasts some impressive statistics. Our GDP is $317.46 billion, according to the World Bank data released in October.

Aided by a fast-growing manufacturing sector—its garment industry is second only to China's—Bangladesh's economy has averaged above 6% annual growth for nearly a decade; reaching 7.86% in June 2018, reports Nikkei Asian Review in December of the same year.

From mass starvation in 1974, the country has achieved near self-sufficiency in food production for its more than 166 million people. Per capita income has risen nearly threefold since 2009, reaching $1,750 in 2018.

Meanwhile, the number of people living in extreme poverty—classified as under $1.25 per day—has shrunk from about 19% of the population to less than 9% over the same period, according to the World Bank.

Bangladesh's economic performance has even exceeded government targets on many fronts.

With a national strategy focused on manufacturing—dominated by the garment industry—the country has seen exports soar by an average annual rate of 15-17% in recent years; reaching a record $36.7 billion in the year through June 2018.

This sector is on track to meet the government's goal of $39 billion in 2019, and Prime Minister Sheikh Hasina has urged industry to reach a $50 billion valuation by 2021 to mark the 50th anniversary of the Liberation War, said the Nikkei Asian Review report.

A vast community of about 2.5 million Bangladeshi overseas workers further buoys the economy with remittances that jumped an annual 18% to top $15 billion in 2018. However, Sheikh Hasina also knows the country needs to move up the industrial value chain.

Political and business leaders echo her ambitions to shift away from the old model of operating as a low-cost manufacturing hub partly dependent on remittances and international aid.

The ready-made garment industry is a key factor in the country's phenomenal success story. The industry is the country's largest employer, providing about 4.5 million jobs, and accounted for nearly 80% of Bangladesh's total merchandise exports in 2018.

Further investment is needed if Bangladesh's garment industry is to remain competitive.

The Bangladesh of today is leaps and bounds from that right after independence, with the economy, industry and health all progressing at a staggering pace. At this rate, middle income country status in 2021 appears to be more inevitability than possibility.