Dhaka to sign US$ 2.5bn ODA deal with Tokyo during PM’s visit

Source from: the independent

Dhaka to sign US$ 2.5bn ODA deal with Tokyo during PM’s visit 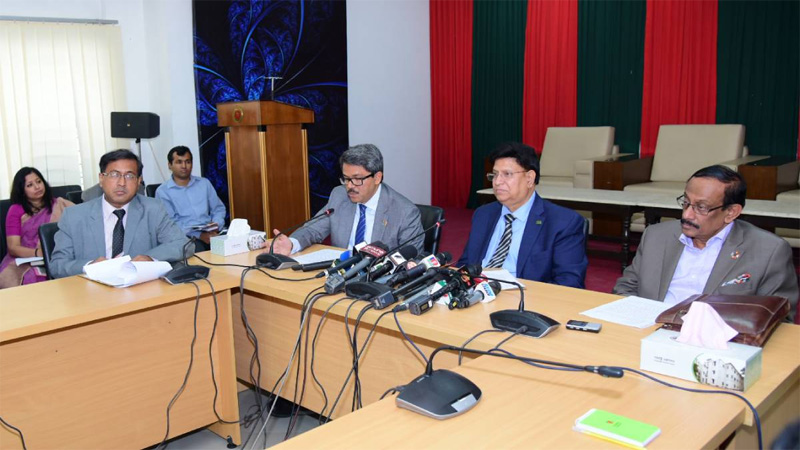 Bangladesh and Japan will sign their 40th ODA deal involving US$ 2.5 billion during Prime Minister Sheikh Hasina's Japan visit on May 28-30 for implementing five projects as her visit is expected to bolster ties between the two countries.

Foreign Minister Dr AK Abdul Momen came up with the information while briefing media at his ministry here on Sunday on Prime Minister's Japan, Saudi Arabia and Finland visits.

State Minister for Foreign Affairs M Shahriar Alam and Foreign Secretary M Shahidul Haque were, among others, present at the briefing.

Minister Dr Momen said the ODA deal to be signed is 35 percent higher than what Bangladesh received last year.

He said the relationship between Bangladesh and Japan has upgraded to "Comprehensive Partnership" as Japan remains one of the key sources of Bangladesh's foreign investment.

The Foreign Minister said Japan has gradually been expanding its cooperation in the areas of Bangladesh's communication, power and energy; and industrialisation.

"The Prime Minister's visit will play a significant role in expanding bilateral relations between the two countries," he said.

He said the Rohingya issue will, among others, come up in a bigger way during the two-country visit.

The year 2022 will mark the 50th anniversary of the establishment of diplomatic relations between Bangladesh and Japan.

“The coming years will be very important for our two countries. Towards this anniversary, we’re working hard to enhance our bilateral relations even further,” Japanese Ambassador in Dhaka Hiroyasu Izumi told UNB in an interview in April.

In celebration of this anniversary, Bangladesh and Japan are expecting to see more and more interactions between the two countries, including cultural and people-to-people exchanges, in the years to come.

Bangladesh is now “focused” as a country of tremendous potential for development and attracting more and more foreign companies for investment, said an official.

Since the year 2008, the investment from Japan to Bangladesh has been expanding, and the trend is getting stronger, especially after 2011.