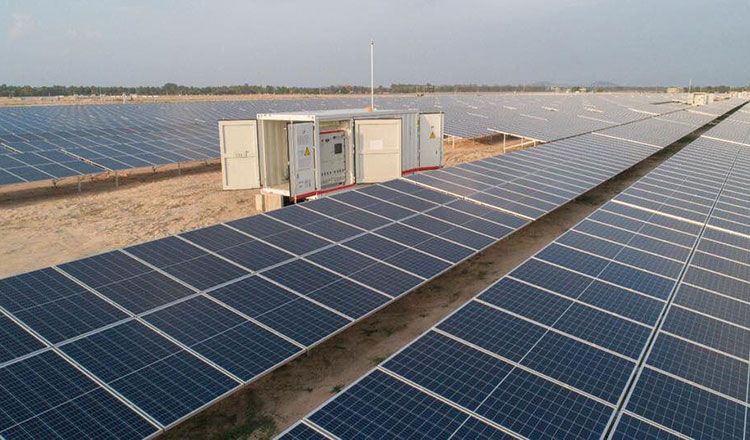 The construction of three solar-generated power stations has been completed, while another project’s construction has fallen behind schedule, according to Victor Jona, the director-general of energy at the Ministry of Mines and Energy. No reason was cited in regards to the failure of the fourth station to meet its scheduled completion. The four solar projects were approved in 2019 and they are all scheduled to begin generating power earlier this year.

Jona confirmed that it is the 20-megawatt solar (mW) construction project in Svay Rieng province that is behind schedule. It is owned by Green Sustainable Ventures Co Ltd. Jona said yesteray the three completed stations will be connected to the grid “soon”.  The three projects ready to begin generation include the 30mW plant in Banteay Meanchey province invested in by Ray Power Supply Co Ltd, the 60mW solar farm in Battambang province owned by Risen Energy Co Ltd and the 60mW solar station in Pursat province, owned by Schneitec Renewable Co Ltd.

Cambodia’s existing solar power stations include a 10mW and 5mW solar farm in Bavet city, Svay Rieng province, an 80mW solar station in Kampong Speu province and a 60mW solar station in Kampong Chhnang province. Cambodia requires an average power generation of more than 2,000mW of electricity a year. Demand is predicted to inch down 20 percent to 1,800mW for 2020, Jona said. Last year’s decreasing power usage is anticipated as some factgarment sector factories closed down or reduced production.